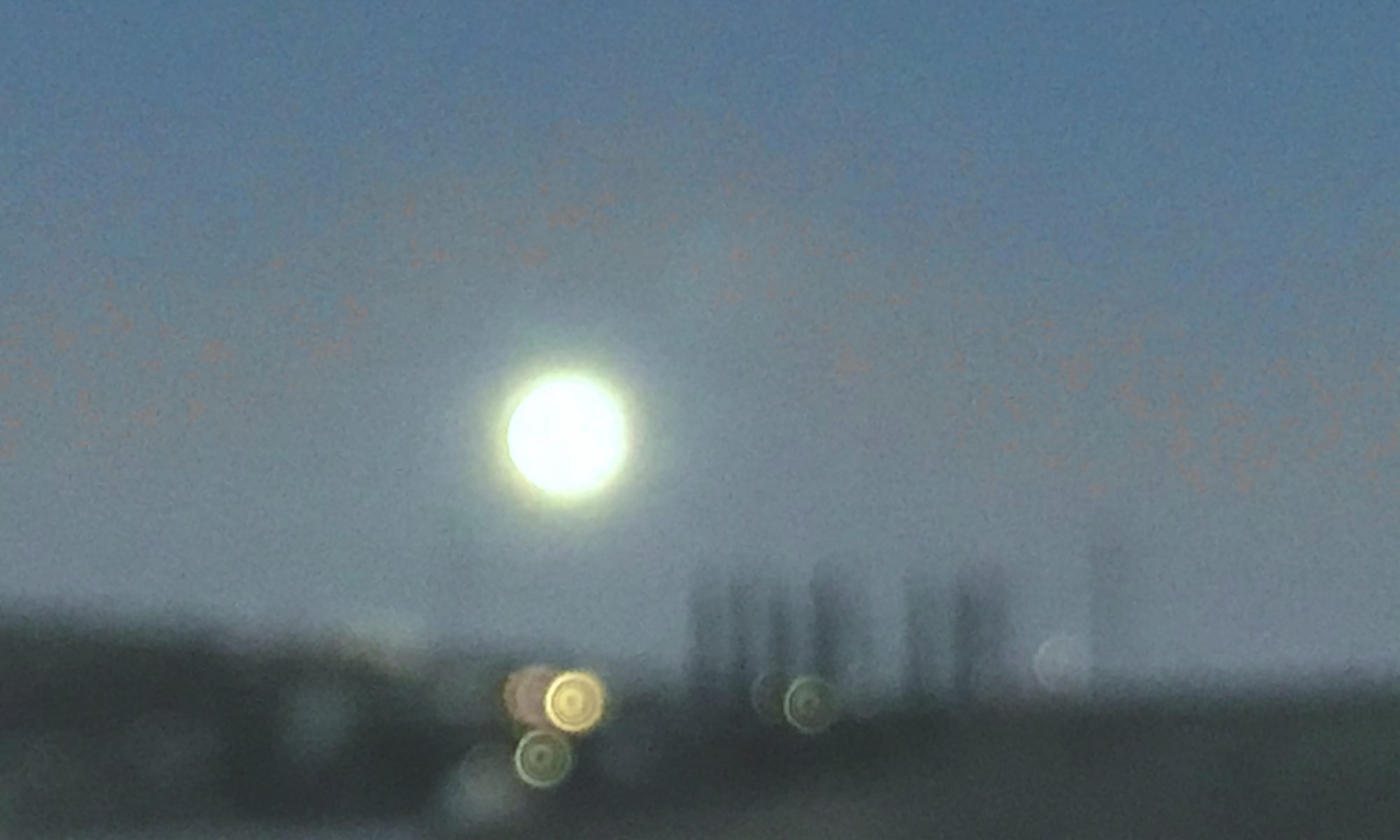 Native Americans named the moons to track the passage of time. The Full Cold moon, or “tsothohrha” (time of cold), comes from the Mohawk tribe (the most easterly tribe of the Iroquois Confederacy, southeastern Canada and northern New York). This is the final moon of the year and the one in which we have finally moved into the coldest weather patterns. Other names for this moon include “rvfo-rakko”, big winter (the Creek Tribes of Georgia), “wahi mua”, evergreen moon (the Comanche Tribes of the Southern Plains), her winter houses moon (the Wishram, the Columbia River of Washington and Oregon), and my personal favorite, “ik’ohbu yachunne”, sun has traveled home to rest (the Zuni Tribes of New Mexico).

The “sun traveling home to rest moon” refers to solstice, which generally falls on December 20th or the 21st. The Mohican called this moon The Long Night Moon because of how it sits closest to winter solstice; with the nights at their longest, the days at their shortest, and the moon sitting high and long in the cold sky.

Yule and the Solstice – Welcoming the Return of the Light 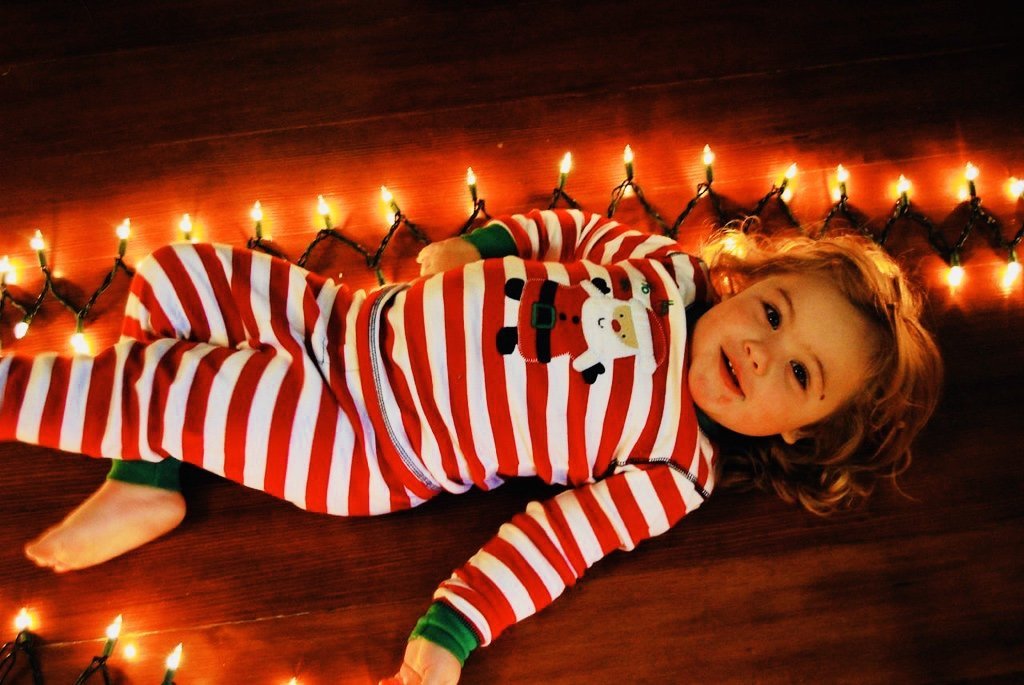 Our ancestors lived in a world where the sun and moon phases were their clocks, their rhythms, and their guides to the seasons.  In the spring, they planted.  During the summer and fall, they harvested.  As the days became darker and the last bits of harvest was collected, our ancestors gathered wood and hunted, made candles to move through the dark of winter.  They hoped that they had prepared enough, stored enough.  By going to bed early and rising late, they were able to use less of their candles and oils and wood.  The ate food that could be stored, such as gourds and grains and meat.  Our ancestors hibernated as the animals did, telling stories around the fires and connecting to the natural cycles of the inner clock of the earth.

The first day of Yule, celebrated on the day of the winter solstice (Monday, Dec 21, 2020 at 2:02am Pacific), is a celebration of the returning of the sun.  In a time where we were earth centric and it was thought that the sun moved around the earth, our ancestors watched the horizon line and waited for it to reach it’s southernmost journey.  At that point, the sun appeared to stand still with a shallow arc along the southern horizon.  The translation, Sol (Sun) and Sisto (to stop or stand still) speaks to what our early families saw; the sun standing still as it reached it’s solstice peak.  After solstice, the sun appeared to start his northern journey once again.

The term Winter Solstice and Midwinter mean the same thing, the astrological aspect of our earth at her furthest tilt from the sun, and thus the returning of the light.  The term Yule responds to the religious ceremonies  and spiritual practices around Winter Solstice.

Yule lasts for 12 days and is often connected with the 12 days of Epiphany (which start with Christmas) or the 12 Sacred Nights.  In times past, before the Gregorian calendar used today (1582 AD) and the Julian calendar (45 BC), people used a lunar calendar.  The lunar month, or lunation, is approximately 29.5 days long creating a lunar year of approximately 354 days.  The solar calendar based on the movement of the earth around the sun is 365 days.  This created a difference each year of 11 to 12 days between the lunar and the solar calendar.  With the solstice generally falling around December 20th or 21st, there were 12 days until the New Year of the solar calendar.  (Yule traditionally ends with a large feast on the 12th day, which corresponds to New Year’s Eve parties.) These 12 days each responded to a month of the coming year and were thought to foretell the year to come, specifically through dreams. When counted from Christmas, these 12 days end at Epiphany.

Why are the Pagan traditions and Christian traditions so closely linked?  We understand that the old traditions were deeply ingrained in the people who’s lives revolved around the wheel of the year.  When Christianity took root, it was difficult to pull our ancestors out of their traditions and so religious leaders absorbed the festivals of the Pagans into the religious holy days.  A beautiful example of this is that pre-Christian Romans celebrated the birth of Mithras on the Winter Solstice.  Mithras was the sun god, and his birth on the solstice meant the return of his light to the people of Earth.  In the 4th Century, the Church of Rome changed the birth of the SUN to the birth of the SON, the Christian Jesus who would bring light to the world.  It is believed that the historical Jesus was born in the spring, but as the pagans already celebrated at solstice, the birth of Jesus as the return of the light symbolically celebrated our lives being reborn with the sun/son.

Gifts were traditionally given to the Gods and Goddesses at midwinter to curry favor, stop famine, and improve the weather.  Rewards and incentives were given to children on St. Nicholas day (December 6th in Europe).  Good little children were given candy and small gifts in their shoes and socks, when bad children were given sticks and stones and coal.  Gifts were also given as charms and talisman to travelers in hopes that their journeys were safe.

For a beautiful article on the Nordic celebrations for each of the 12 days of Yule, check out this article by Sam Silver.

The Yule log was generally a piece of Oak, however Ash was thought to bring insight and luck.  The home was cleaned and the the largest log that could fit in the hearth was drug home.  It was carved and shaped until it could be placed in the fireplace.  The family then decorated the log with carvings, often in the shape of the Celtic mother crone, known as Cailleach.  She was the embodiment of cold, death, and the coming of the end of the year.  Other carvings included runic symbols, writing, and important sigils.  The log was covered in greenery, ale, mead and whisky and then lit on solstice eve.  It was good luck to light it on the first attempt using a piece of last years log as kindling. Once lit, it was watched through the night, with stories told, wishes made, and toasts and celebration.  It was considered a good omen if it burned until morning.  By burning the log, winter was replaced by heat and light and celebrated the rebirth of the sun.

You can follow this tradition by anointing your own Yule log with oils, specifically the oils of evergreen trees.  Concentrate on giving thanks for protection from the cold and for a good Yule or upcoming year.  Carve your own sacred symbols, use a wood burner, or simply write on the surface of your log.  Prayers and wishes can be tied to your Yule log with colored ribbons or cotton string, preferably in the colors of Yule. (Red, prosperity and passion.  Evergreen, magic and the return of life.  White, purity and light.  Gold, the return of the sun, the gifts of the Magi.). Light your log with ceremony, whether that be within your own hearth or a fire pit in your yard.  Imagine your prayers going up with the smoke to your guardians, angels, and ancestors.  If you have a live Christmas/Yule tree in your home, save a portion of the trunk for next year’s yule log.

An alternate tradition to the Yule log is the Yule candle.  Light a gold or yellow pillar candle in the center of the table to welcome the return of the sun. Give each individual a white pillar candle to carve into and have them carve their prayers and symbols and wishes directly into the wax.  Place the white Yule candles around the sun candle and allow them to burn down or light daily through the 12 days of Yule, burning down to the base on the final day of Yule.

Do you have any Yule, Solstice, Christmas, or holiday traditions that are particularly important to you?

Solstice Blessings and a Happy Yule.

The Christmas Star: Who’s Ready for the Great Saturn and Jupiter Conjunction of 2020 – NYTimes

The 12 Days of Yuletide, A History – Valerie Biel

New here? More about me…

The Old Magic of Christmas: Yuletide Traditions for the Darkest Days of the Year

The Return of the Light: Twelve Tales from Around the World for the Winter Solstice

The Legend of the Icelandic Yule Lads