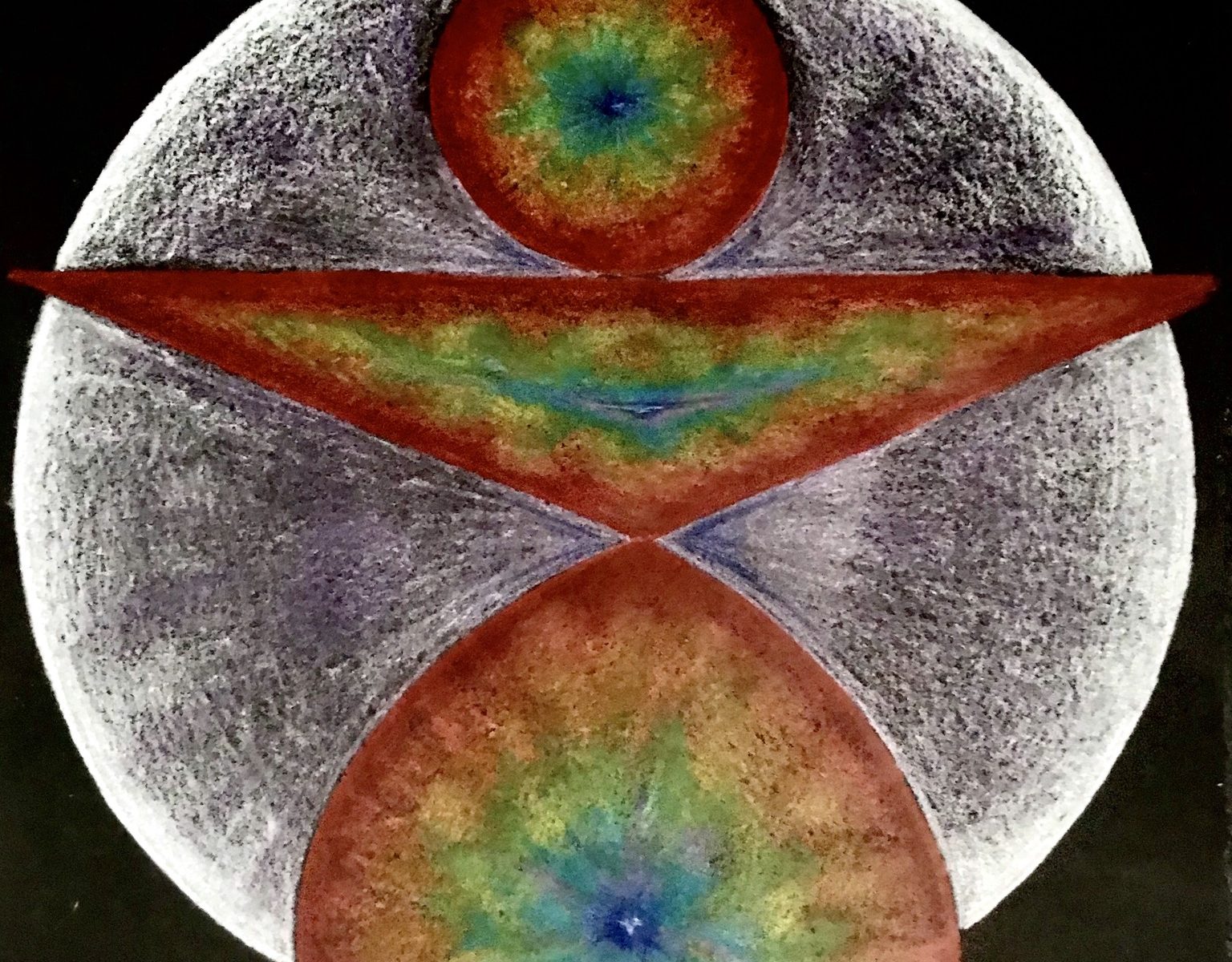 In January of 2008, I took my first Artist Way class in Sacramento, California.  Artist Way is about making space for your creativity, identifying your critical inner voice, and clearing out the congested wounds that have gotten in your creative way.  During one of our classes, we were asked to meditate on our Creative Muses and draw them.  I closed my eyes and without a second of thought, she stood in front of me.  She consumed my vision with flaming light, radiant. She wore a crescent crown, her arms outstretched, a rounded base.  This vision of her filled every ounce of my conscience.

The image was new to me.  As time has passed and technology grows, I see hints of her on the internet through the Triple Goddess and her horned consort.  I see the other Lunar Deities and how the image of the crescent crown has been used over time.  But for me, in that time and place, the crescent moon sitting on the head of my Muse was new.

In 2011, I tattoo’d her shape onto my left wrist.  Her tattoo was a reminder; she is always present with me and creativity is a part of who I am.  I chose my left arm because the left is often seen as our spiritual, creative, and feminine side with the right side being rooted in the here and now, our masculine, logical side.  I signed my art with her shape, honoring my muse.

In the spring of 2013, we left Sacramento, moving to the dry Tehachapi Mountains.  I left behind a very dear friend, Susan.   A woman who was constantly reminding and supporting the divine feminine within me; reminding me of who I was and who I could be. Just after Christmas of that year, she called me.  Her friend was dying and she wondered if she could come and visit.

Susan’s friend was Signe.  Signe was blind, and Susan, an avid hiker and outdoors woman, would take Signe with her.  She would guide her through the trees, up paths, and gave Signe an opportunity to see the world through Susan’s eyes. Susan instinctively felt that Signe could not pass with her in town, and if she came to visit me, Signe would be able to transition.

Signe passed the first night and, in her honor, Susan asked if we could go hiking.  As we drove up the mountain, Susan’s brother called.  He told her, “Signe can see every color of the rainbow now.”

We arrived at Mountain Park, a camping and hiking area just above Tehachapi with beautiful pines.  We stepped out of the car and began to climb. Two baby trees caught Susan’s attention and she pulled out her digital camera and took a photo.  She stopped, looked at me, and said, “Look at this!”

There in her photo, in the upper right corner, was a glorious rainbow burst of light.  It wasn’t at all like the shape you get from the sun, with circular orbs.  This was quite different. My daughter, 8 at the time, asked to see.  Immediately she stated, “Mommy, it’s your tattoo.”  And she was right.  The shape of my tattoo had appeared in Susan’s photo and she was every color of the rainbow, just as Susan’s brother had said not 15 minutes earlier.

We knew in that moment that Signe was with us.  We knew Signe could now see every color of the rainbow in this new space. I also understood that what I had seen in 2008 was real, not something my mind created in the moment.  The figure of the Goddess on my wrist wasn’t a figment, but rather a form that exists outside of our human bodies.

When I find myself doubting or fearful as to what comes next, I return to Mountain Park and my time with Susan.  I return to Signe’s message of existence after our earthly death.  I return to my Muse, the form that appeared to me when I asked for her support and guidance. I am comforted that there is more.  I am comforted knowing we have glimpsed the Afterlife.

Thank you to Susan, for allowing me to share her part of this story and for being such a powerful and beautiful influence in my life.

My Dear Readers, what gifts have you been given that allow you faith in an Afterlife? Have you seen, felt, or heard something that you hold on to? Do you have an interpretation different than mine? Are there books that have influenced you? You can send me a message here or comment below.

The Faces of the Goddess

Maiden, Mother, Crone: The Myth and Reality of the Triple Goddess 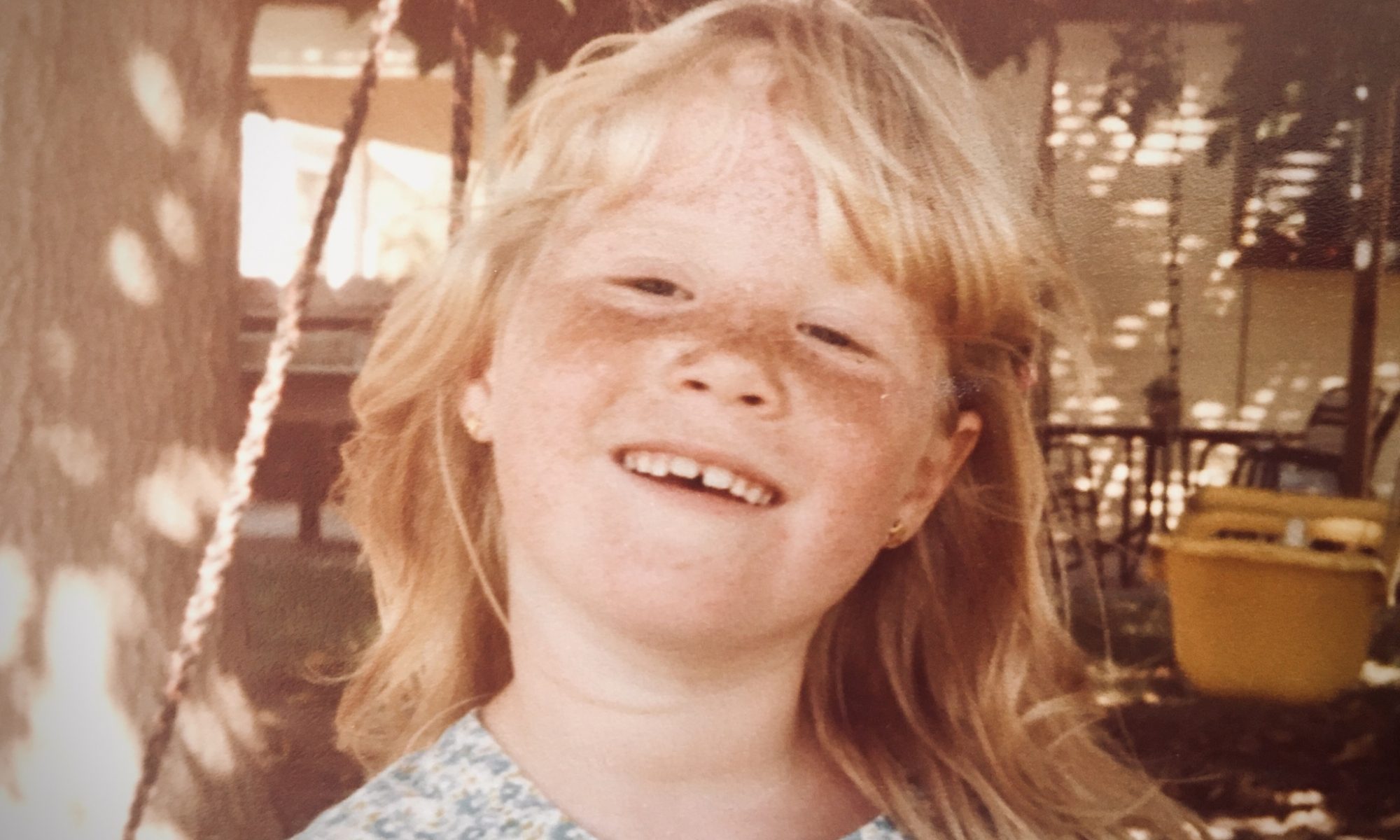 I was only in first grade, nestled into my blankets on the loft of my bunk bed. It was late, everyone asleep, all the lights out. I opened my eyes from my deep sleep. Sitting across the room, on my book shelf, sat a skeleton. Not a little one, like a toy, but a full sized boney form, staring at me.

It kept staring at me.

My dad burst into the room; the skeleton sat until my dad flipped on the light. Mercifully, the light banished my visitor.

At school, I told the third grade girls who I so delightfully looked up to about my experience.  They were convinced I had been visited by Bloody Mary and I feared they were right.

This blog will be an exploration of dreams and symbolism, mandala work, art, meditation through art, and sleep. It may lead us down unforeseen paths, like the time I followed a red balloon through my parent’s room, trying to convince them it was real and them trying to convince me I was asleep and needed to go back to bed. I hope you will join me on this journey.

Be the first to receive updates, stories and mandalas.