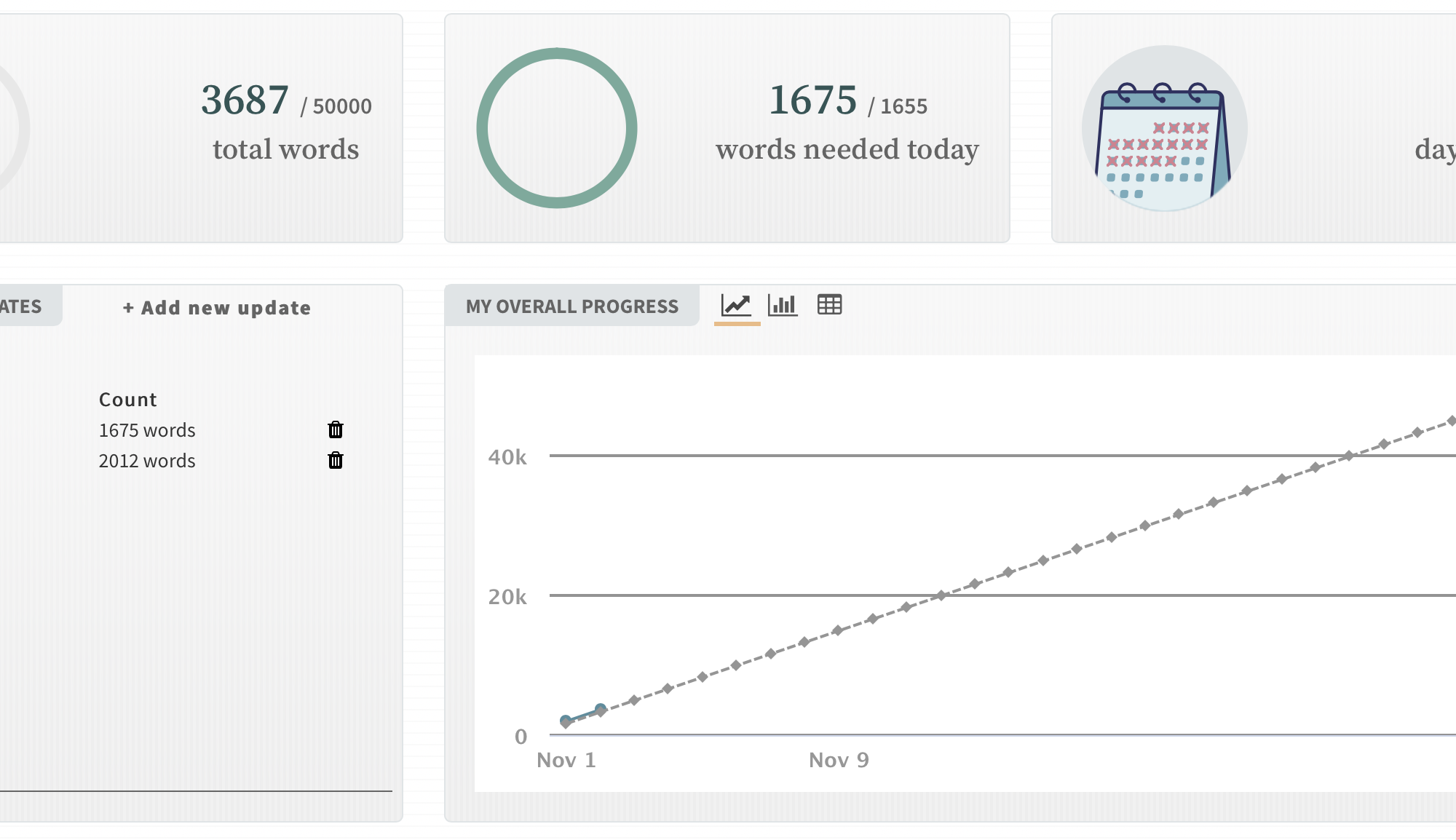 Questions before I started writing…

The Twister, The Cyclone, The Tornado

They called the child Dorothy, after Emily’s mother.  When the child became comfortable in the little home, often sitting on the floor playing with her puppy or holding on to Emily’s skirts, Henry decided he would take the long trip into town.  They needed supplies if this child was to stay with them, and both Henry and Emily prayed for the girl’s parents.

“I can’t help but wonder for her poor mother,” Emily would whisper to Henry at night.  “To not know what had happened to your child.”

Henry would only reply with, “Yup” but quietly he worried.  He worried that his wife would fall in love with the child only to have her taken from them.  He worried about the bank notes sewn into the child’s dress.  He worried that should anyone know about the money, they would come and steal it from them, putting his wife, now his family, in danger.  He worried that they didn’t have the water or heat or shelter to raise a child.  He was beginning to love the child himself.  She gave him a glimpse of what it meant to have a daughter.

He didn’t want to leave them for the three days it would take to travel to town and home again, but Emily assured him they would be fine.  He left her with a shotgun and demanded that if she heard anything out of the ordinary, they would go to the basement and bar the door. The water in the well had begun to clear since the storm, since Dorthy arrived, and he brought as much clean water into the house as they had containers to hold it; filling the kettle and boiling pot, the two tin mugs, even the wash bucket.  Emily began a gruel in the boiling pot with the clean water, a larger portion of grain from the cellar and a bit of dried buffalo.  She and the child could eat off this for the next week, longer than it should take for Henry to return.

Henry took Shy, hitching up a small wagon with his bed role and a bit of beef.  Henry would walk at Shy’s side.  Emily wrapped some of the money into a pocket, tied inside his clothes at his waste.

“Only use it for the child,” she said.

“Only for the child,” he repeated, and he started on this way.

Henry camped just outside of town that first night, making his way in early the next morning.  He spoke casually to the town folk, about the storm that had come through, about the rain, but mostly he listened for talk of a missing child.  Finally, at the mercantile, he asked the shop owner directly.

“We come across a child after the storm last week, alone with just a pup. Any talk of a young’un gone missin’?”

“No talk here that I’ve heard.  But if someone comes askin’, I’ll send them out your way.  Hard time to raise a child,” said the shop owner.

“Yup,” answered Henry and turned to leave, but feeling the bank notes in his waistband, instead began to wander the store.  He purchased flour and corn meal and oats, coffee, tea, a bit of molasses, sowbelly, and a yard of fabric for the child to have a dress.  He bought Emily new needles and thread, and after long thought, an extra two yards of fabric for his wife.  He purchased seed for planting; hard wheat, corn, beans, and squash.  He also bought the child a small, cotton stuffed mattress and a feather pillow to lay her head.

When he went to pay, having pulled a note secretly from his waistband while standing alone in a corner, the store owner wrapped a piece of hard candy and tucked it into the fabric.  Henry began to protest, but the man said, “No charge.  For the child.”

Not wanting to sleep far from town, Henry used his few remaining daylight hours to walk to a ranch on the outskirts, thinking fresh eggs would do the child good.  By the time the sun crossed the horizon, Henry had bartered four hens and a rooster, a thin milk cow and her calf, a friend for Shy in a pack horse Henry took to calling Brash, and 2 piglets in a wooden crate, one male and one female. That night he slept in the ranch barn and started home as the sun rose.

“Henry!  This is too much!” protested Emily.

“What’s a child to do with piglets?”

Dorthy sat on her new mattress, the hard candy melting over her chin and hands.  The puppy sat at her feet, gnawing the remains of an old bone.

“We don’t have food for more pigs. Or a cow for that matter.  Or another horse.”

“The Lord will provide,” he said.

The Lord did provide and Dorothy grew alongside her little dog. Everywhere that she walked, she seemed to bring a bit of color and light.  The plants that she helped Emily water seemed to grow just a bit taller and stronger.  The well continued to clear and the water grew sweeter.  Henry worked from sun up to sun down, and while the work was hard, the family did not want.  Neighbors, building closer over the years, traded seeds and animals and crops.  The earth continued to provide for the small family.  The farm never grew prosperous, but it also never withered away, even in dry years. Emily, always in fear of the child being taken, remained gray and solemn.

Dorothy was a happy child.  Her giggles would often surprise a small squeak out of Emily, unsure on the joy or of where it came.  Everywhere that Dorthy ran, her little dog was at her heels.  When she had first arrived at the farm, she made no sounds.  When she finally spoke, her first word was “toe”.  She fell to the floor in a fit of giggles.  For the next few weeks, everything that delighted her was called “toe”.  The thing that delighted her the most was her puppy.  She would point at him, squealing (to Emily’s chagrin), “Toe! Toe!”.  In time, he became Toto, Henry became Uncle Henry, and Emily became Auntie Em.

The girl grew strong.  Her eyes remained large and blue, reflecting the sky on a clear day.  Her dark hair had a natural curl which Auntie Em tried to keep braided and neat.  Dorothy, however, was never tidy and neat, she was always covered in dust and mud and wanted to show Auntie Em her treasures.  Emily was most comfortable within the four walls of their home and the dragonflies and frogs and ladybugs that Dorothy loved made her feel afraid.  Within those walls, she taught Dorthy to cook and to sew.

One morning, after the morning chores were finished, Uncle Henry came to sit on the front step.  Dorothy sat next to him, imitating the hunch of his back, the twist of his hands.  She watched his face and he watched the sky. Auntie Em was inside, sweeping the floor.

“You don’t like the color of what?” asked Dorothy.

Dorothy looked up and realized the sky had turned a deep shade of green.  In the distance, they could hear the wind and began to see a ripple across the tips of the tall grass.  The sky to the north was dark and the wind came from that darkness. As they watched the stalks begin to bend, they heard a steady wail coming from the south.  The grass was bending from that direction as well.

Uncle Henry jumped from his seat on the step.  He took Dorothy by the shoulders and looked deep into her eyes.  “Tornado’s comin’.  Get into the cellar.  Go!” He turned and ran to the livestock.

Dorothy, not knowing what a tornado was, ran into the home with Toto at her heels.

“Uncle Henry said to go into the cellar.  Something is coming!”

Auntie Em dropped the broom with a clatter and stepped toward the cellar door.  As she did, the wind hit the boards of the house with a giant force and the house seemed to move a bit across the floor, knocking them both off their feet. Emily fell to the floor while Dorthy was pushed back against the wall and tumbled to the corner. Toto, whining, jumped onto Auntie Em’s and Uncle Henry’s bed  and tried to bury himself in the blankets.   Auntie Em screamed, crawling across the boards to the trapdoor. Dorothy was pressed by the very wind into the corner of the house.  Auntie Em reached the cellar door, fighting it to open, the hair pulling from her bun and freeing itself as it flew around her head.  She threw the cellar door open, dropping her legs inside, her body disappearing into the darkness.  Only her head stuck out as she screamed Dorothy’s name.  Dorothy tried to crawl across the floor as the corners of the house seemed to bump and lift.  Dorothy reached out to Auntie Em, Auntie Em holding the cellar door open and screaming her name.  As Dorothy crawled, she heard a whine from the bed.

Dorothy struggled to her feet, stepping towards the bed and away from Auntie Em.  With a great bump, Dorothy was once again knocked off her feet to the foot of the bed, the front door slammed shut and the cellar door crashed down.  The house creaked in protest as it lifted, breaking free of the earth.  Dorothy crawled up to the corner of the bed where Toto was hidden and she herself crawled under the blankets, her little black dog pressing into her.

Dorothy felt the world begin to spin, like when she would twirl in the yard until she fell over, staring at the sky, the world moving around her and underneath her.

My Research Spiral for this Chapter

How Pioneer’s Washed Their Clothes

A History of Pigs in America

One Reply to “Oz – Chapter Two”