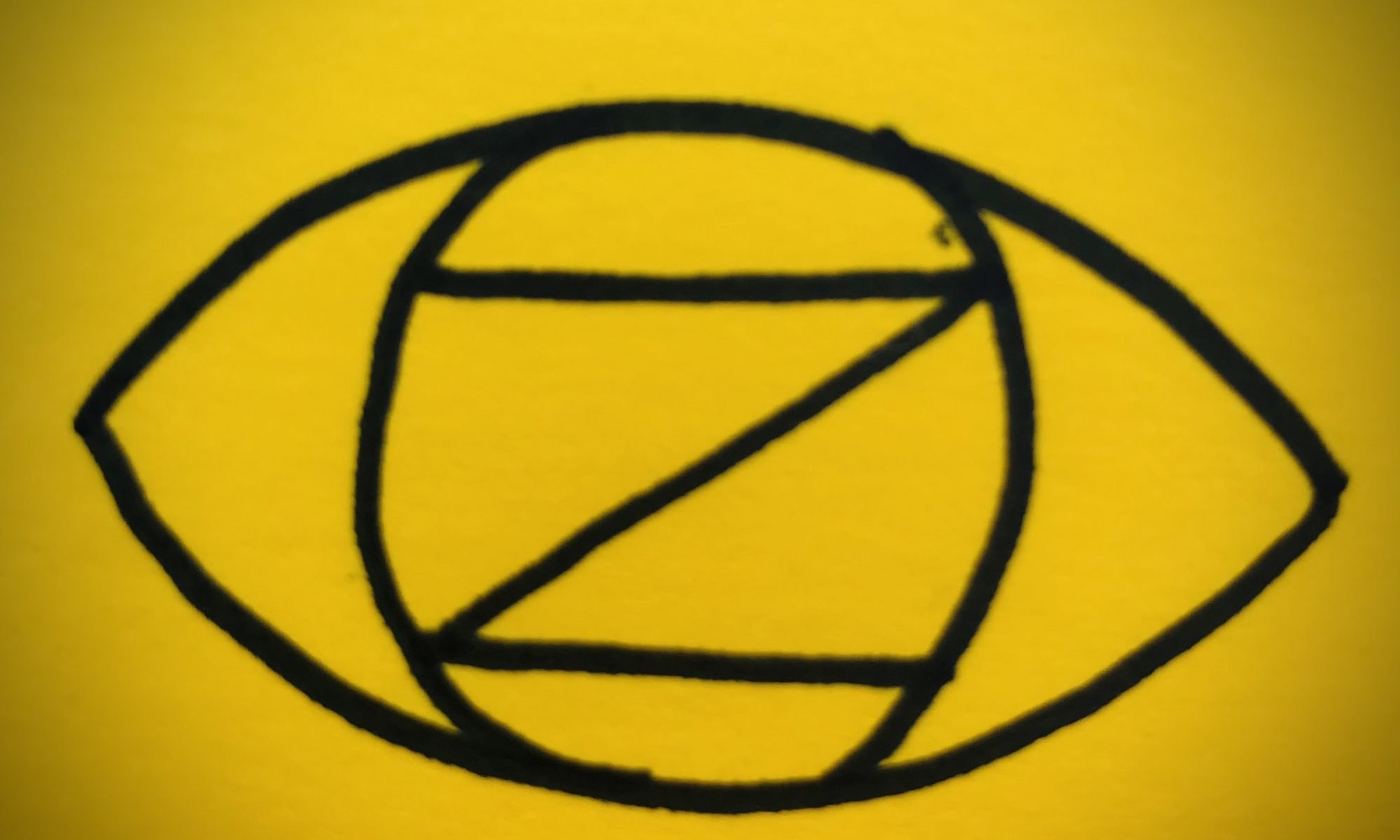 Questions I had for today

If the Emerald City is in the middle of the land of Oz, then the lands to the North, South, and West must also have roads leading them there. Would they also be yellow/gold? It would make more sense for them to have another color so that you know which land you are heading to if the yellow road leads to the East. Also, the movie (and movies after) like to make it seem like the yellow brick road magically starts where Dorothy is. Wouldn’t it start somewhere else? So how would you know which direction the Emerald City is in? In the book we meet Boq, a Munchkin landowner who gives Dorothy a place to sleep for the night. They skip this in the movie, and I understand because not much happens. I’m going to write it and rework it to stay true to the elements of the story… just not sure it needs it. Tell me what you think in the comments.

Chapter 4 continued, in which Dorothy starts on her way

The two girls walked with Dorothy into the field of tall yellow grasses with Toto following behind.  The grasses stood taller than Dorothy herself, and yet the girls, standing only at Dorothy’s waist, seemed comfortable in this hidden, yellow world.  They let go of Dorothy’s hand and the girl with the blonde hair took the lead, parting the grasses before them.  Her hair was the exact shade as the grass and she seemed to disappear.  The girl with the red hair went second and Dorothy was grateful.  The red of the roses and the brightness of her hair stood out against the yellow grass and she did not lose track of the young Munchkin.  Toto yipped behind her and Dorothy realized that Toto was struggling to make his way in the tall grasses, so she bent for a moment and lifted him, cradling him in her arms.  They continued for some time until suddenly, without warning, the grass ended and Dorothy found in front of her a road of yellow brick.  It stretched to her left and to her right and she could not see where it came from or where it was going.

The blonde girl stood in the center of the road, smiling as Dorothy emerged from the grass.

“Munchkin land sits in the East of Oz, this road will take you where you want to go.  If you are ever unsure, you can look at the bricks.”

Dorothy looked down and noticed that each of the bricks had a stamp pressed into it.   The letter Z surrounded by the letter O, forming the center part of an eye.  The eyes all sat positioned on the same part of the brick, as if looking to Dorothy’s left.

The girl with the red hair said, “It is to remind us that the great Oz is always looking after us and that should we need him, his eye will lead the way.”

“If you are ever unsure on which direction to go, just look at the bricks and they will show you.”

Dorothy thanked the girls and they each hugged her with their tiny arms which could barely reach around her legs.

The girl with the red hair took one of the roses from her hair and placed it in Dorothy’s food bucket. “You will always have a place here, if you wish to return.”  And with that, the girls disappeared back into the grasses and Dorothy did not see them again.

Dorothy put down Toto and they began to walk.

The tall grasses which lined the yellow brick road reminded Dorothy of Kansas, and she began to feel almost at home. In time, the fields of grass stopped and Dorothy began to see farms of brightly colored vegetables, rich rows of green and blue and red and yellow.  There were large squashes and long winding vines.  She began to see Munchkins working in the fields.  They did not disappear in the way that they had earlier, and yet they seemed to belong to the land.  Their clothes mimicked the textures of the plants and some wore a type of grass hat which protected their faces.  All of the little people she passed stopped what they were doing to wave at her or to whisper to another Munchkin.  Occasionally a child would come to the yellow brick to give her a treat or a drink of water.  Tiny women, coming only as high as her chest would come and hug her, tears in their eyes.  Men working in the fields would nod their heads as she passed.

She began to see the homes of the Munchkins.  The homes fit into the land as perfectly as the little people did, made of dirt and stone and grass.  However, the doors were all blue.

Dorothy and Toto continued to walk as the sun lowered in the sky.  She wondered where they would sleep that night when she began to hear music and laughter in the distance.  As the sun set, she saw the blooming of little lights along the horizon.  She decided she and Toto would continue to walk until they came to the lights, and would decide where to sleep then.

Dorothy soon came to a party.  The home was grander than any she had seen so far.  The home itself seemed to be dug into the side of a hill, but the hill itself was filled with windows and doors painted blue.  There were trees planted upon the hill with lights strung between then, stretching out into long orchards.  Standing upon the top of the hill were musicians playing different stringed instruments. Some of the instruments were held against the necks of the Munchkins and they used bows to pull the music from the strings.  Other’s had instruments taller than they were which sat on the ground, the munchkins plucking the strings.  Some played little pipes in their mouths and still other clapped and stomped, others banged on pots and pans.   All along the slopes of the hill were little people dancing to the music.

The little Munchkin people were very excited to see Dorothy, for they were celebrating the death of the witch.  They were celebrating their freedom.  Dancing, they came to her.  They took her hands, hugging her, thanking her for freeing them.  They danced around her.  Finally, they pulled her to the banquet table which was lined with more food than Dorothy had ever seen in her life.  The table was piled high with sweets of every kind, with cakes and pies and pastry.  Fruits and cheeses, different colors of bread from deep brown to the palest cream.  There was a pot of sweet smelling drink and when a glass was put in her hand, she drank deeply. It warmed her from the inside, filling her nose with the smell of unfamiliar spices.

After she had eaten and drank her fill, she was taken inside to meet the Munchkin who owned this land.  His name was Boq. He sat in a room, alone, surrounded by a library of books. He stood to greet Dorothy when she came in. He was a bit taller than the other Munchkins with deep black hair and seemed neither old nor young. Dorothy noticed that he looked at her feet before giving her a chair, thick and soft and covered in deep blue fabric.  Toto jumped up into her lap and immediately fell asleep.

“Welcome to my home,” said Boq in a deep, soothing voice. Dorothy could hear the music from above them on the hill and the dancing feet around them. “You must be a very powerful sorcerer to be able to wear the shoes of the witch of the East.”

“The shoes are powerful.  They allow you to wear them.  That means you must be a witch.”

“I’m not a witch,” Dorothy repeated.

“You are wearing white on your dress,” he said. “In Oz, only witches wear white.”

“My Auntie Em made me this dress, it was all that I had to wear. And it is not only white, it is blue as well.”

“Yes,” said Boq.  “It was very kind of you to wear the color of the Munchkins.  It tells us that you are a good witch, kind to our people.”

Boq smiled.  “Blue doors tell other Munchkins that they are welcome.  We care for each other and we care for the land.”

At this point, Dorothy began to yawn.  The chair was very soft, her tummy was very full, and Toto was very warm.

“You are tired,” said Boq. “Would you do us all the great honor and allow us to give you a bed for tonight?”

“Yes, I would be very grateful.”  Dorothy’s eyes were beginning to droop.

Boq stood, and Dorothy, cradling Toto in her arms, was led to a room far back beneath the hill.  She could still hear the music playing, but it felt like a lullaby.  The blanket on the bed was a deep blue, the sheets were a softer shade.  She sat on the edge of the bed, swaying to the soft music.

“I will have one of the ladies bring you a sleeping gown, and water to wash up” but Dorothy could not stay awake.  She laid her head on the pillow, not even pulling back the covers.  She was asleep before she could say goodnight, Toto curled up at her side.

No research today as this section has moved into the fantasy, I didn’t need to look anything up. But here are links to last chapters.

Intro to NaNoWriMo and this year’s plan

Day 4 – The Munchkins and the good witch of the North

Day 5 – The Shoes and preparing for a journey