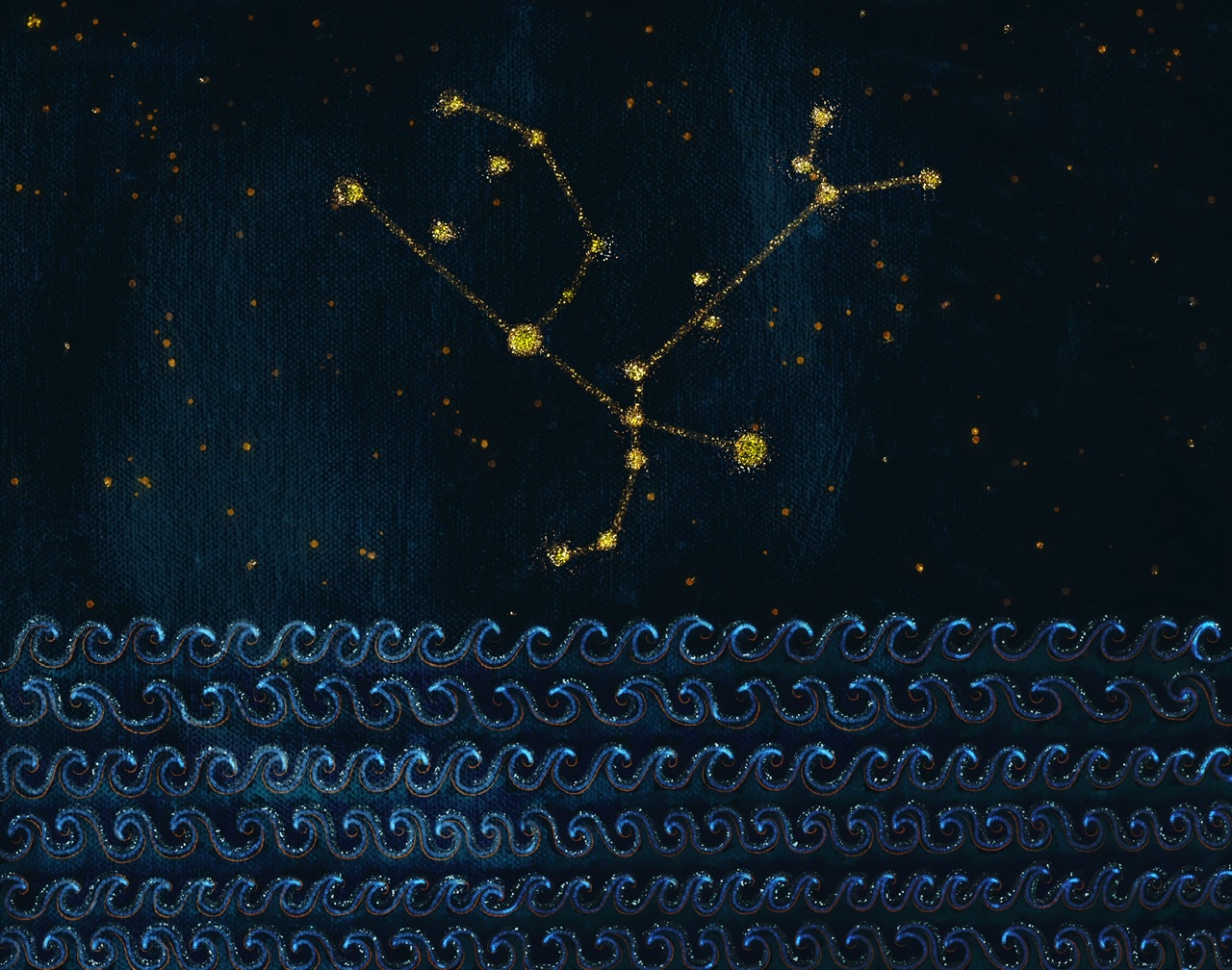 The word “poet” in the list of required words brought me directly to poetry for this week. As I finished something I moderately liked, I took it to my teenage daughter. She was thoughtful and honest… she didn’t like it. Well, most of it. She liked the stanza about Cetus. I set back to work, cleaning it up, bit by bit. In time, it became just a jumble of words. I wasn’t sure if it said anything at all.

Why do I take the constructive criticism of my daughter so seriously? The honest answer is that I trust her opinion. If she says my poem is rough and needs work, I can assume it’s rough and needs work. When she says it’s better, or even that there is a part she really likes, then that means more to me, because I hear her honestly.

The idea of something bad happening and no one listening made me think of our world today. Conspiracy theories, politicians who only want to win, war; we’ve stopped listening. Climate change and the destruction of our planet was at the forefront of my thinking. Every sign is screaming at us that something bad is about to happen (actively happening), but most people only casually listen and refuse to see it in their lifetimes. Others see the changes in the weather patterns, in the heat of the summers, in the natural disasters, but they feel helpless to stop it.

We feel small in the scope of the world and try to affect change. We hope someone in power will fight for the necessary steps, but we can’t control other’s votes or if what matters to us, matters to them.

This prompt reminds me of the movie, “Don’t Look Up“. I didn’t want to rewrite that story, it’s already been done, and done brilliantly. The prompt also reminded me of Chicken Little-only the version where the sky really is falling–and the Boy Who Cried Wolf, when the villagers stop believing because they can’t see through his lies. I thought about plays on these stories, but couldn’t quite find the path. I still feel a story, on the tip of my tongue, but so far, I haven’t found it. Perhaps it will find its way in the future.

So, I leave you with this poem. My daughter ended up liking it, which is my biggest win.

I cheated on the words this week. I felt limited by “stop sign” and “candle lit” and made the choice to adapt them to what I wanted to say. This has been a struggle for me in the past. I don’t particularly like forcing the words, but rather appreciate them as a guide.

The candle I created, if not obvious, is Earth’s candle; we must act now. Alpheratz, Mirach, and Almach are major stars in the constellation of Andromeda; I imagined them as three biblical kings. Nereids are the 50 sea nymph daughters of Nereus and Doris of Greek Mythology. While they helped sailors during storms, they were enraged by human vanity, which is why Poseidon sent Cetus and the floods to Ethiopia. This makes me think of rising sea levels, and the idea that those of the sea become God-like in their power; thus Nereids divine.

What became essential for me this week was the art. I discovered new Procreate brushes that allow me to digitally draw with gold leaf. (I will link them in the comments.) The learning curve in Procreate was a giant step. I drew all of the images by hand in my watercolor notebook, photographed them, and then digitally colored the images. I also found textural canvas backgrounds for Procreate that allowed a more painterly feel. (Also linked in the comments.)

I’ve included two images of Andromeda because I loved each for it’s own voice. I included the version in dark blues inside the poem because it makes me think of Greek black-figure pottery. I included the gray and gold version below because it highlights the stars of the Andromeda constellation.

If you liked this week’s poem or my artwork, I hope you will share it with someone you love. Thank you, dear reader, for coming on this journey. I send out an email every Friday of new blog posts from that week, if that interests you, please sign up for my newsletter here.

The Myth of Andromeda

In Greek Mythology, Andromeda was the daughter of King Cepheus and Queen Cassiopeia, rulers of Ethiopia. Cassiopeia is arrogant and brings the wrath of King Poseidon by bragging that both she and Andromeda are more beautiful that the Nereids, the 50 daughters of Nereus, the old man of the sea. Poseidon sends the sea monster, Cetus, to wrathfully destroy the coast of Ethiopia. The oracle of Ammon tells King Cepheus that he must sacrifice his daughter to the monster of the sea to end its destruction. She is chained to a rock at sea’s edge where she awaits the monster to devour her.

Perseus has just killed Medusa and is carrying her head, flying in his winged sandals. He sees Andromeda chained to the rock and falls in love with her. He battles the monster, Cetus, killing him with the sword used to kill Medusa. Andromeda has been promised to marry her uncle, Phineus, however she is marries Perseus. A fight begins between Phineus and Perseus during their wedding. Perseus ends the fight by showing Phineus the eyes of Medusa, turning him to stone.

15. A writer with noisy neighbors