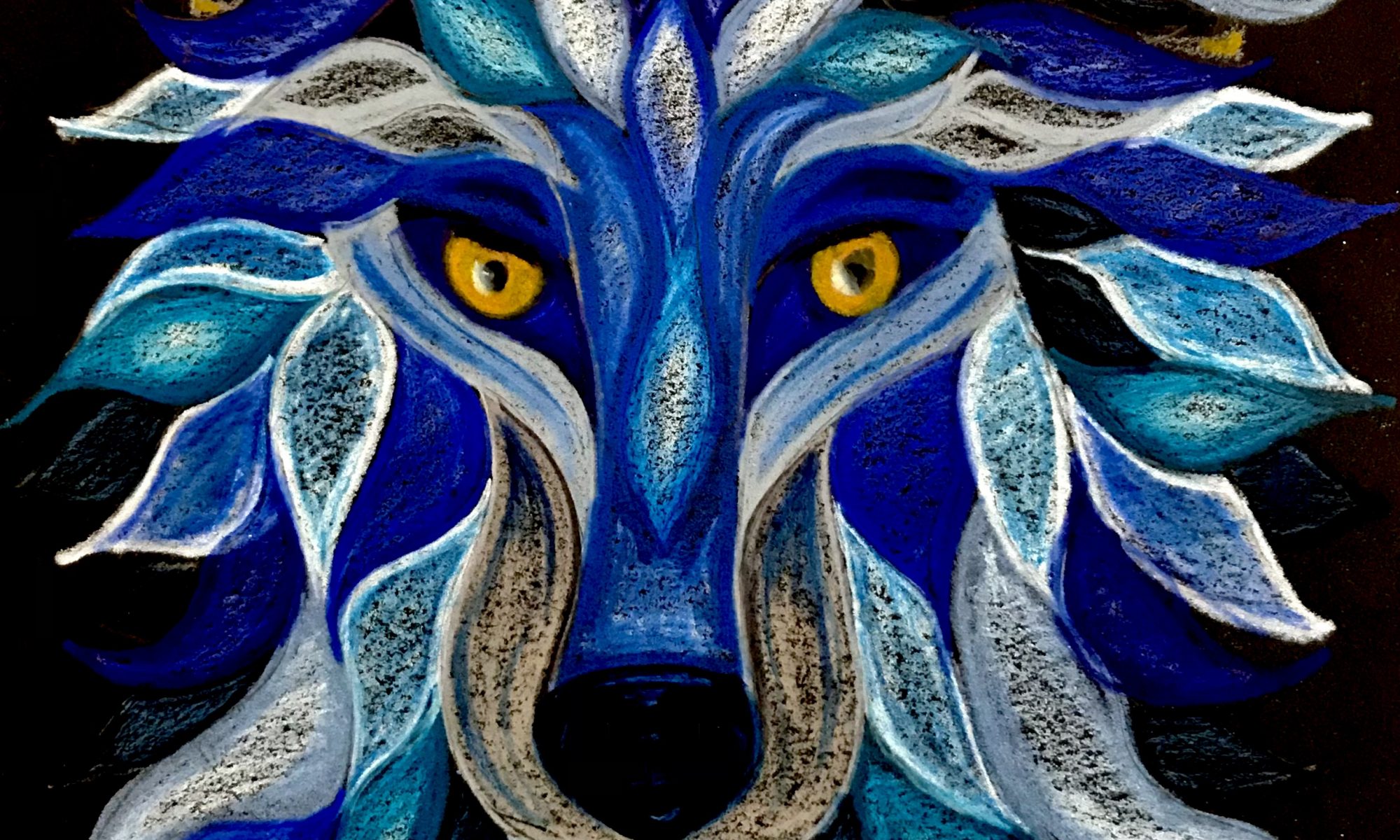 The January full moon, the Full Wolf Moon, reaches it’s peak on January 28th at 11:18 am (pacific standard time), but the nights of January 27th and 28th will appear full and round, weather allowing.  The Algonquin tribes called this first full moon of winter The Wolf Moon due to the packs of wolves which howled outside their villages during the freezing cold with snow deep on the ground.

One of my favorite sites for looking at moon names is through the Western Washington University.  There is such diversity and beauty in the moon names of the Native American tribes.  The Omaha tribe of the Central Plains, Nebraska, call this moon the “moon when snow drifts into tipis”.  The Passamaquoddy of the Northeastern US call it the “whirling wind moon”.  The Arapaho of the Great Plains call it “when snow blows like spirits in the wind”.  Other names include the cold moon, the stay inside moon, the hard moon, and the big cold.

Ritual for the Full Wolf Moon

Doing a ritual, any ritual, during the full moon doesn’t mean that you are worshiping the full moon.  It doesn’t make you a Pagan, or any other religion.  Stopping and spending time with the full moon is more about making time for yourself with nature.  It is an external calendar that reminds us to check in with ourselves, to ask where we are in the here and now, where we are going, what we want in our lives, and what we are ready to let go of.  Historically, woman’s cycles synced with each others’ and with the tides of the moon; with fertile days responding to the full moon and the bleeding time with the dark of the moon.  Women would gather at the dark of the moon, when their energy was the lowest, and share wisdom and stories.  When you spend time with and reconnect with these cycles, you reconnect with your ancestral wisdom.

Generally, I think of the new moon as a time of growing ideas; your dreams grow with the filling of the moon. The full moon is a time of letting go, releasing and letting go as the moon wanes.  However, on the first moon of the year, the Wolf Moon, ask yourself what you want to work towards this year.  It’s not a resolution, but rather, what would you like to put your energy towards.

Some rituals for this first moon of the year may include spending time writing in a journal, exploring what you are letting go of from 2020 and what you wish to grow in 2021.  Another idea is to create a vision board of images, drawings, and words that you wish to bring with you into this year.  Let go of what is no longer serving you.  You can write the things you wish to let go of on bay leaves or slips of paper and burn them in a fireplace, bonfire, or fire pit. Imagine the things you are letting go of disappearing with the smoke.  This is your ritual, whatever you choose to do, make it yours.  A lovely article on how to create your own ritual can be found here.

Significance of the Wolf Moon

Why You Should Try a Full Moon Ritual

How to Create Your Own Full Moon Ritual

My Most Important Blog – About Me