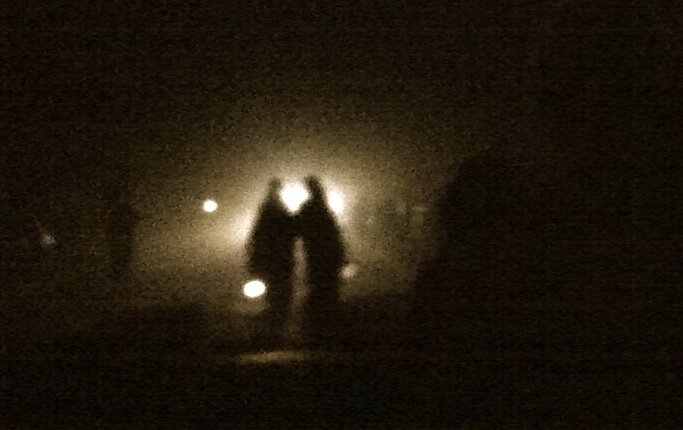 Samhain (pronounced SOW-in in Irish and SAH-win in Oxford English) is the final spoke in the Wheel of the Year, a marker of the beginning of Winter.  You may have heard it called, “The Witches’ New Year” as it is the start of a new cycle; honoring ancestors, the end of harvest, and preparing to go inward with winter to start over again. It is believed that the veil between the living world and the spirit world thins at the end of Autumn, allowing our ancestors, spirits, and faeries to cross over.

For the ancient pagans, Samhain revolved around a fire festival in which the family fire was left to die while the grazing animals were gathered from their fields and the final bits of the harvest were collected.  The community then congregated while a Druid priest relit the central fire using friction of a wheel and spindle.  Food was left at the edges of the land for wandering spirits and the Fae.  At the end of the ceremony, families relit their home fires, bonfires, and torches with the sacred fire. Bonfires and torches were burned at the edges of the fields to celebrate the end of harvest and direct their energy to turning inward- survival through winter. It was believed that their ancestors would come and visit at this time, along with other energies beyond the veil, both bad and good. By dressing as animals or other frightening beasts, individuals were protected from faeries, and later, witches.

In the middle ages, boys would light torches from the communal fire and run them to the edges of their land in an effort to protect it from supernatural harm.  Those who went out on Samhain carried carved turnips on strings with glowing pieces of coal inside.  These were called jack-o’-lanterns, named after a Christian legend of a blacksmith named Old Jack, who was so evil, neither heaven nor hell would allow him entrance. He was said to roam the road on Halloween night with nowhere to go, a turnip lamp lighting his way.  Carrying a jack-o’-lantern protected those who carried them from being kidnapped or harmed by that which came through the veil.

The torches and jack-o’-lantern were used to keep witches away,  but they were also used as guides for ancestors who had crossed the veil to commune with their families.  To let the fire burn down on Samhain night meant an ancestor may not be able to find their way home.

In the 5th century, as Christianity moved through Europe, Pope Boniface attempted to change the pagan tradition of honoring the dead to honoring saints and martyrs.  The celebration date was moved to May 13th, hoping the non-Christians would forget their pagan holiday.  The fire festival continued.  In the 9th century, Pope Gregory moved the holiday back, hoping to again pull the pagans from their festivals.  Instead of overlapping with Samhain, the church chose November 1st as All Saints’ Day, and later, Nov 2nd as All Souls’ Day. In time, Samhain began to be called All Hallows’ Eve, or the evening before Hallows’ Day (Saints’ Day).

When the Irish settled in America, they brought their traditions around Samhain and Halloween with them.  Turnips were not yet common in the new world and so pumpkins, being available, replaced turnip lanterns. All Hallows’ Eve during early America revolved around parties and games for children with an opportunity at courtship for those unmarried.  Non-Irish neighbors joined in the celebrations and took the traditions on as their own. By the 1920’s, pranking, mischief and violence took over Halloween.  The tradition of giving candy eventually took over (into the 1950’s)  as a successful alternative to reducing damage and easing the fear that had settled around the date.

Prepare A Path for you Ancestors

Many cultures today believe that their ancestors will visit on All Hallows’ Eve.  They clean their homes, prepare family meals, and line their walkway with lights; guiding their ancestors to the door.  You can follow in this tradition through the lighting of jack-o’-lanterns and lining you walkway with decorated paper bags lit from inside with LED tea lights.

Create an Altar for your Ancestor

Create a space to make your ancestors feel welcome.  Put out pictures of them or trinkets from their lives.  Write them letters or write down your memories of them.  This can be as simple as a mason jar with a few memories inside, to something much more complex.  You can also honor a group of ancestors, using family crests, slips of paper with family names, tartan patterns, anything that symbolizes the family line.

A dumb supper leaves space to feed your ancestors, the word dumb meaning silence.  This can be as simple as leaving a bit of food out on a plate over night for your ancestors, to a full dinner in which the living family members toast to the departed.  Traditionally, a white tablecloth was used and a bit of wine was spilled with each toast onto the cloth as an offering.  At least one seat should remain empty, more if possible.  The family eats in silence and observes what happens around them, watching for slight changes; a breeze, a moth, a noise, to signify a family member’s presence.

Our Own Tradition – The Lighting of the Candles

Every year since my daughter was little, after trick-or-treating, we light white candles.  We set them up in a base of rice or grain or sand. We each take turns lighting a candle and saying the name of a loved one that has passed. This is not limited to humans, we also light candles for our pets.  We allow the candles to burn down naturally through the evening.

My favorite white candles for burning on Samhain

A Sinister History of Halloween Pranks

A Feast with the Dead: How to Hold a Pagan Dumb Supper for Samhain

The Pagan Dumb Supper: What It is and How to Host One

The Origins of the Word Halloween

My Most Important Blog and a Bit About Me 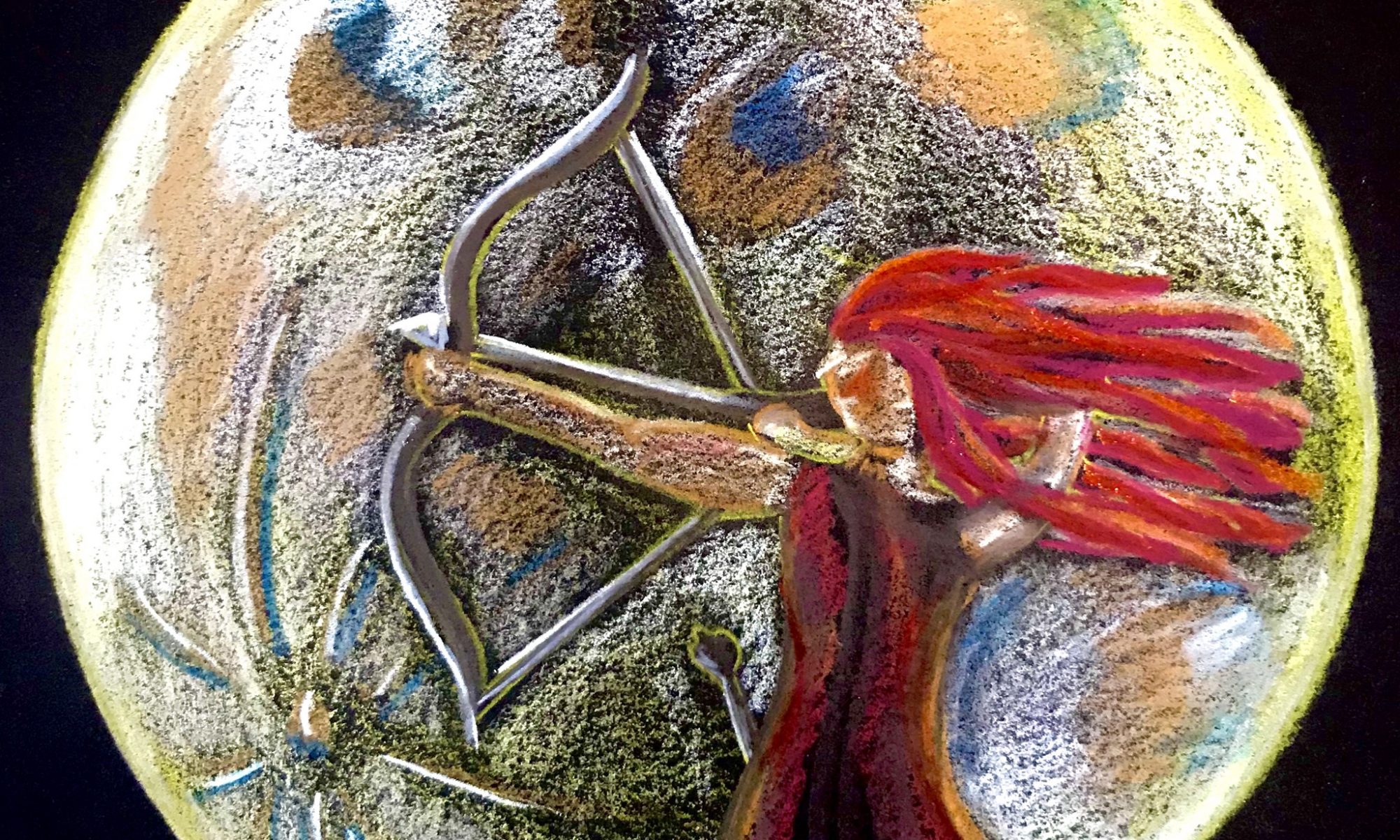 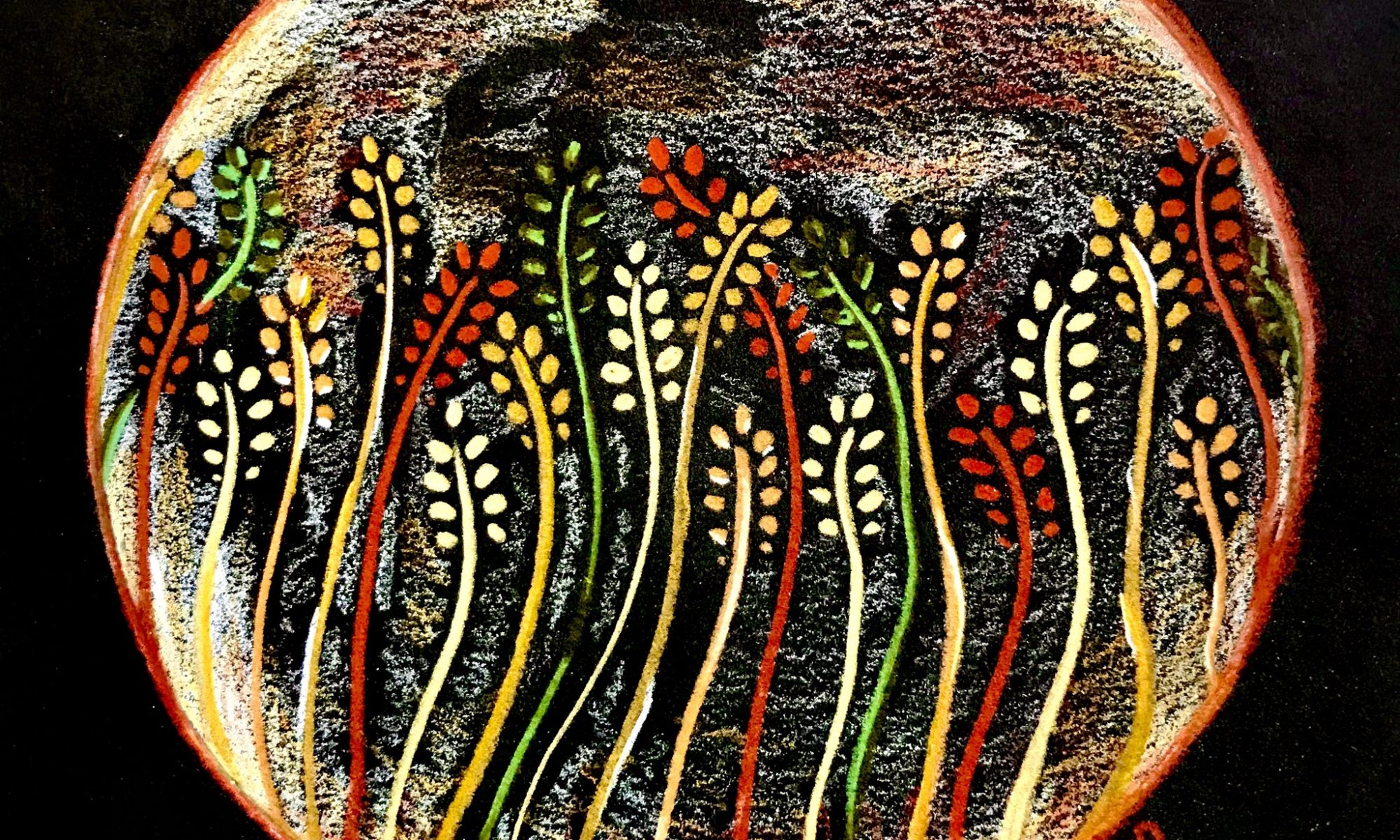