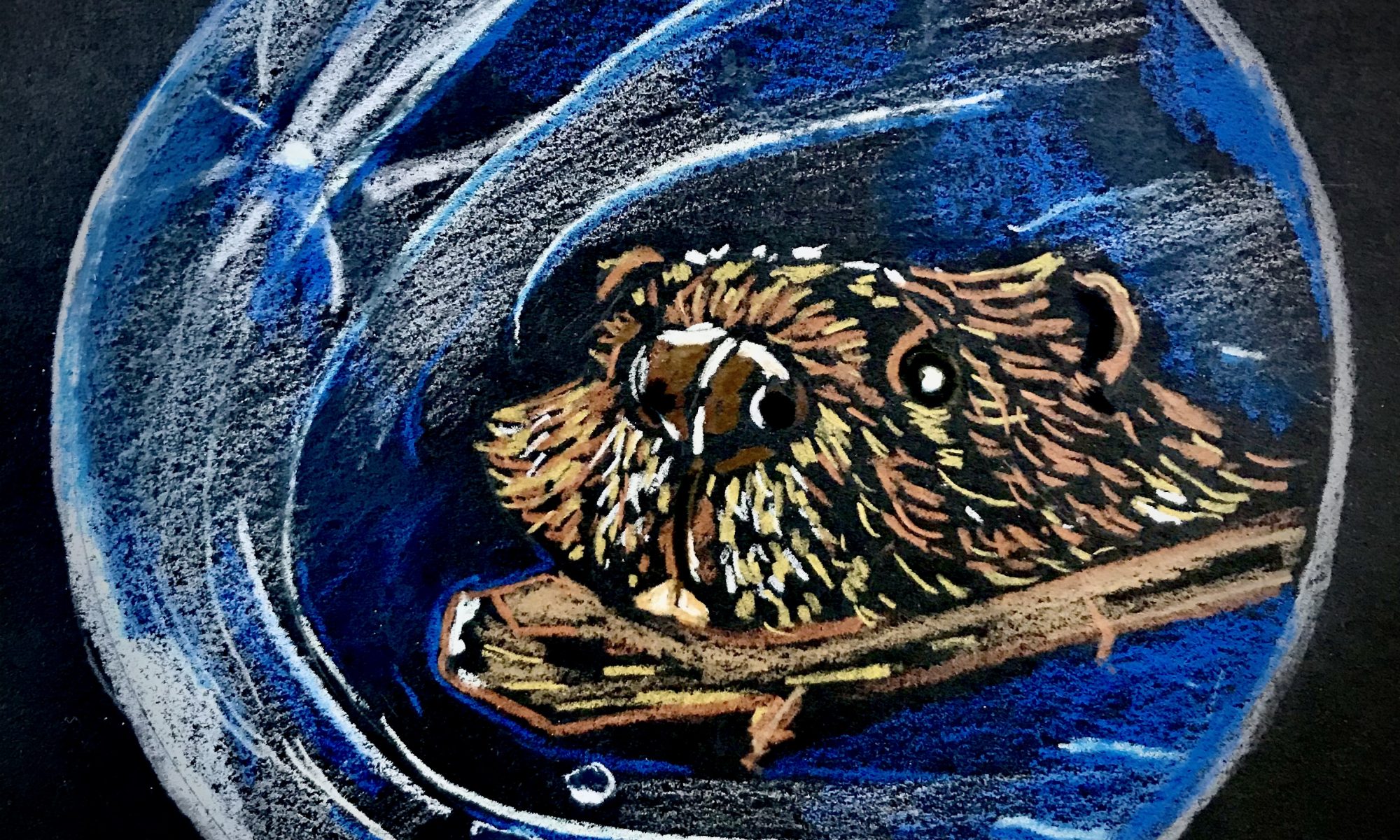 Safely back in the lodge

A lunch of bark

From the young branch

Before grinding it between your molars

Later that now naked limb will be carefully

Added in to the new structure

Your beaver family has begun work on

As I sat outside this Thanksgiving, keeping social distance while still enjoying a small gathering of family, I watched as the V formation of geese flew overhead, honking as they make their way south on their winter migration. The geese remind us of the transition of seasons, always having their own clocks, their own maps, oftentimes using the light of the moon to guide them on their way.

November’s moon is called the Full Beaver moon.  The beaver is settling down, not for hibernation, but storing food for a long winter within their lodges.  Lack of food in winter, as well as frozen lakes and ponds, force the beaver to prepare.  Their pelts are also at their thickest and most luxurious, making this time of year optimal for hunters.

November’s full moon is also called the Geese Going Moon (as we watch them fly over in their formations), the Frost Moon, the Freezing Moon, and sometimes the Digging (or Scratching) Moon, as animals are scratching through the fallen leaves, trying to find the last bits of growth before winter.

The moon will hit her fullest at 1:30 in the AM on the morning of November 30th.  Watch for her the night of November 29th, as she will be on the cusp of her peak.

Not living in an area with beaver, but connecting so deeply with birds, I think Geese Going Moon resonates with me the most deeply. Which of the moon names do you relate to?

Two sounds of Autumn are unmistakable…

The hurrying rustle of crisp leaves

Blown along the street…

By a gusty wind

And the gabble of a flock

Penumbral Lunar Eclipse’s are not what we imagine when we hear the word eclipse, their isn’t the dramatic disappearance of the moon, the way we often think of a full solar eclipse.  The moon doesn’t change to deep red, the way it will in a total lunar eclipse.  What you will see, however, is what appears to be a slight shadow on the upper rim of the moon.  There may be a slight change in color, depending on weather, from grey to brown or even a yellow hue.

The penumbral eclipse will last for just over 4 hours on the morning of November 30th, however the best time to see it is within a 40 minute window, from around 1:24 am (PST) until 2:04 am, with the peak of eclipse falling around 1:44 in the am.

If you stay up to watch the eclipse, I’d love to know what it looked like for you.  We’re you able to see earth’s shadow? What colors did you see?

About the American Beaver

How do geese know to fly south for the winter?

Lunar eclipses: What are they & when is the next one?

If you are new here, my most important blog