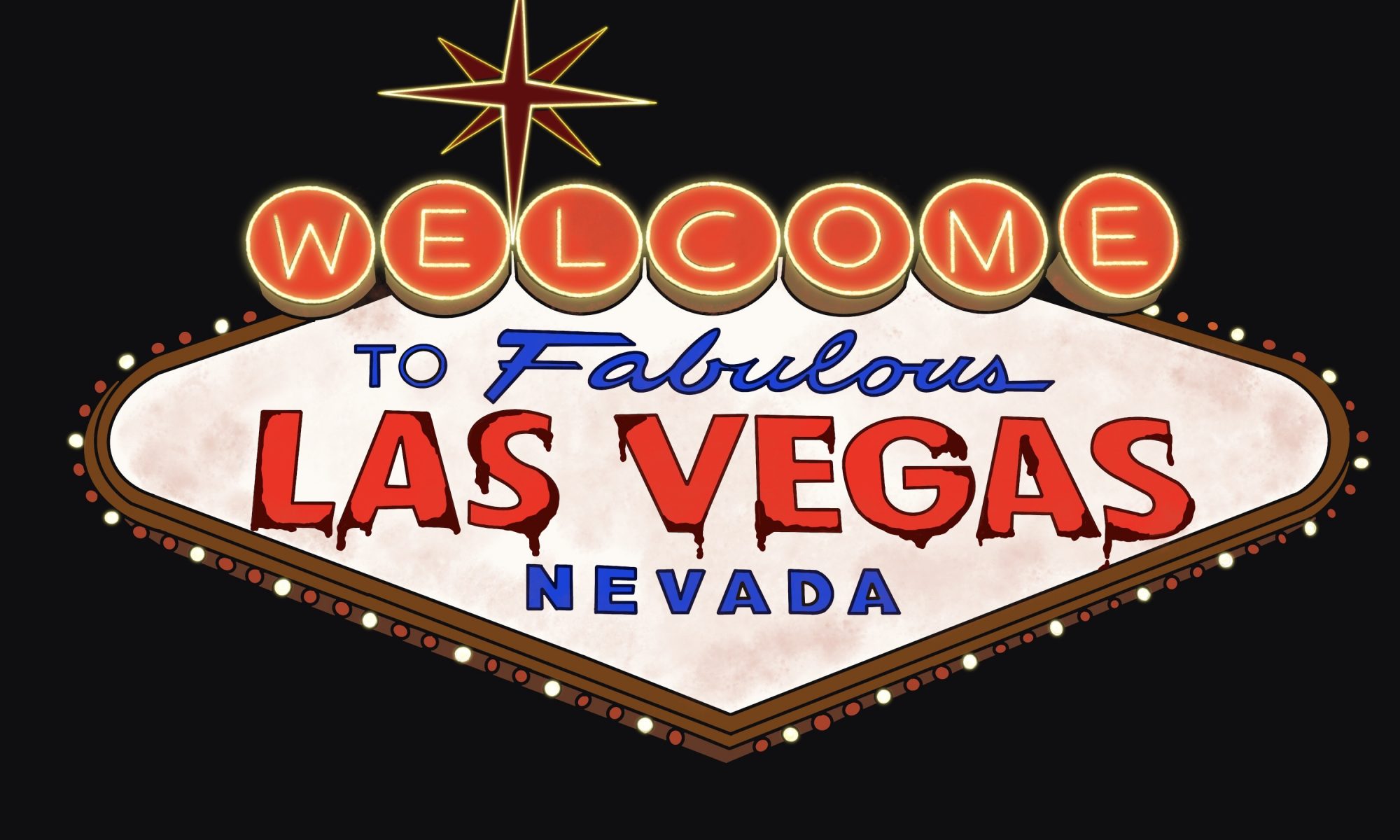 “I now pronounce you…”

We married in Vegas; my forever love, my soulmate.  The nights were long and when our eyes locked, we knew.  We knew it was meant to be and we both fell hard. We knew we were bound by something we would never understand.  His touch was all I could feel, his sparkling eyes all I could see. All the years we had both been alone, finally meeting in this loud and dirty place. It had all been for this.

We slept together that first night in the dark of a hotel room, the shades drawn from the hot Nevada sun. Having this man next to me, loving me, wanting me. There was nothing else; would never be anything else. Together we were electricity.

The second night, we married. He proposed, down on one knee, in front of the Bellagio as the fountains hit their climax.  The ring was a large heart-shaped ruby, red as blood. I kissed him fully, knowing he was everything I had ever wanted, ever imagined.  I would marry him today, tomorrow, for eternity. As long as he would have me.

Elvis said our vows, “I now pronounce you…”

That was when my husband sliced the man’s throat, and gave me my wedding gift.  Elvis tasted of whiskey and smoke.  It was comical really, you could almost imagine the thought bubble of surprise, exclamation marks in his half-glazed eyes as he realized a moment too late.

Las Vegas is an easy place to hunt.  The drugs keep the minds numb; communities living in tunnels beneath the city.  We are aware of others like us, but I had never seen him before, my love. We live solitary lives.  Until you find your soulmate, huddled in an alley, teeth in the corpse of a prostitute. I had heard her last breath, a beautiful echo on the still night air. He looked up at me and we both knew this was our destiny.

On the third night, under the light of a full moon, we hired a pilot.  He knew us for what we were, but you can get anything in Vegas, especially when you are beautiful and rich. He didn’t fear us, he was confident in his place in the cockpit, treating us as if we had souls.

He flew us to San Francisco, a place I’d dreamed of yet had never been.

Our hotel looked out over the Golden Gate Bridge, the misty fog swirling as it ebbed and flowed. Mysterious and beautiful.  A place to escape. A place alive at night with numb, wandering souls. A place for us.

We watched from our window as the sky filled with an early morning glow, purple to orange. We pulled the blackout curtains and went to our bed, wrapped in each other’s arms.  Loving each other, trusting each other. Believing, finally, in something more that our next fix.

We awoke as the sky filled with stars and made our way into the city.  Our first real night of honeymoon.  His touch made me feel alive again. It had been so many years.  So many years alone.

Japantown and the Buddhist temple, a couple’s shiatsu massage in the darker corners of society.  When I kissed the woman’s wrist, she did not pull away.  Our eyes were locked, hypnotized, and I watched the light leave them and she collapsed to the floor.

We drank our wine and danced along the bay.  Drunk on each other’s love, drunk on the life energy of the souls we took.  How I have waited for this man.

We watched the tourists snapping their selfies in the city, watching this human expression of saving a moment.  What are these moments when time has lost its meaning?  We will never change. We will never grow old.  The hourglass to these humans is but a fraction of a moment for us.

We stole kayaks and paddled to Alcatraz, exploring the island in the dark, making love on a picnic table.  I could imagine the men, trapped behind the bars.  Willing to swim the cold water just to be free.  And here I lay in the cold arms of my lover, my husband, willing to give everything for him.

We will stay here for awhile, in this beautiful city by the bay. We can move unseen in the deep fog. No longer will I wander this world alone. How many years I have painfully longed for companionship; forsaking motherhood, forsaking community, forsaking family. Giving it all for immortality.

I was lonely. I can see that now.

Perhaps, someday, we will make our way down the coast of California at night; Santa Barbara, Los Angeles, San Diego, Mexico. We will move south. I dream of seeing the tip of Argentina in winter. We will move at night, unseen and unsuspected.

This Week’s Prompt – My Forever Love

Week 16. Newlyweds on their honeymoon

There was a somewhat dramatized personal lament. It is unfinished. The required words were driving me crazy because they just didn’t fit into the emotions I wanted to write about. (I’ve included a small bit of it at the end of this blog, if you’re curious about the initial direction I was headed.)

Bridgette and I discussed being less attached to the words, perhaps committing to 5 of the 10, or allowing ourselves to leave out one or two each week. I did end up using all the words in the above story, but freeing my commitment to those words may be a change we consider for the future.

Another idea was two people meeting in Vegas at a poker table and both think the other is rich. It would have been written in a sort of back and forth dialogue, with spoken words in bold and thoughts in italics. The spoken words would have been them playing some sort of relationship poker, but the thoughts would have been all about stealing the other person’s money. They would have run off to marry at the Little White Chapel, only to discover the next morning that they are both poor thieves, fallen into their own manipulations.

I really loved this idea for a story, but it seemed bigger than I was able to do this week. I was limited on time, I was limited on energy, and I honestly don’t know enough about Poker to write that story.

My third idea was the story you find here; a love story that glosses over the bloody parts because they are just life and it’s the love that matters. I wanted a sort of run-away romance between two vampires, where the blood eating is the norm and love is new. I also wanted to hold off on letting you know they were vampires, so that there was some mystery about the story. My drawing of the Vegas sign gives you that foreshadowing, but hopefully in a mysterious way.

Last weekend was my parents 50th wedding anniversary, so this story came at a good time for thoughts on honeymoons. They have film of their honeymoon on Super 8, silently watching my mom with her long brown braids as she wore miniskirts, swinging on a set, their wedding, the little bronze Toyota with cans tied to the back. Time is passing quickly and I need to find a way to make those silent films digital. (For their 25th anniversary, I had the Super 8 transferred to video, but who has a video tape player these days?) I’ve been working on a drawing for them, and hoped to post it here, alas it’s just not finished yet.

My own 20th wedding anniversary is next month. Our life together has both been beautiful and complicated; as I think all marriages are. We’re all just human, after all.

Happy 50th anniversary to my parents. Happy 20th to my husband.

It wasn’t the proposal I wanted. It wasn’t the honeymoon.  I didn’t care about the ring.  It was just him; I just wanted him.

You could almost see a thought bubble when I told him, some sort of exclamation mark radiating like electricity from the top of his head.  The fear in his eyes, a look of terror.

It was a long distance relationship.  Passionate together, quiet apart.  He wasn’t good at phone calls, didn’t write letters.  Busy with following his dreams.  Not really knowing much about mine.

His true love was in the cockpit, freedom in flight.  He wanted me to experience his passions, to love them all as much as he did.

The air currents made me sick, the wings wobbling, the small hot space.

My 52 Week Journey So Far

4 Replies to “My Forever Love | A Short Story”